An Aberdeen-based communications company has rolled out puzzle brick parade buses for the top football league champions in Scotland and England. 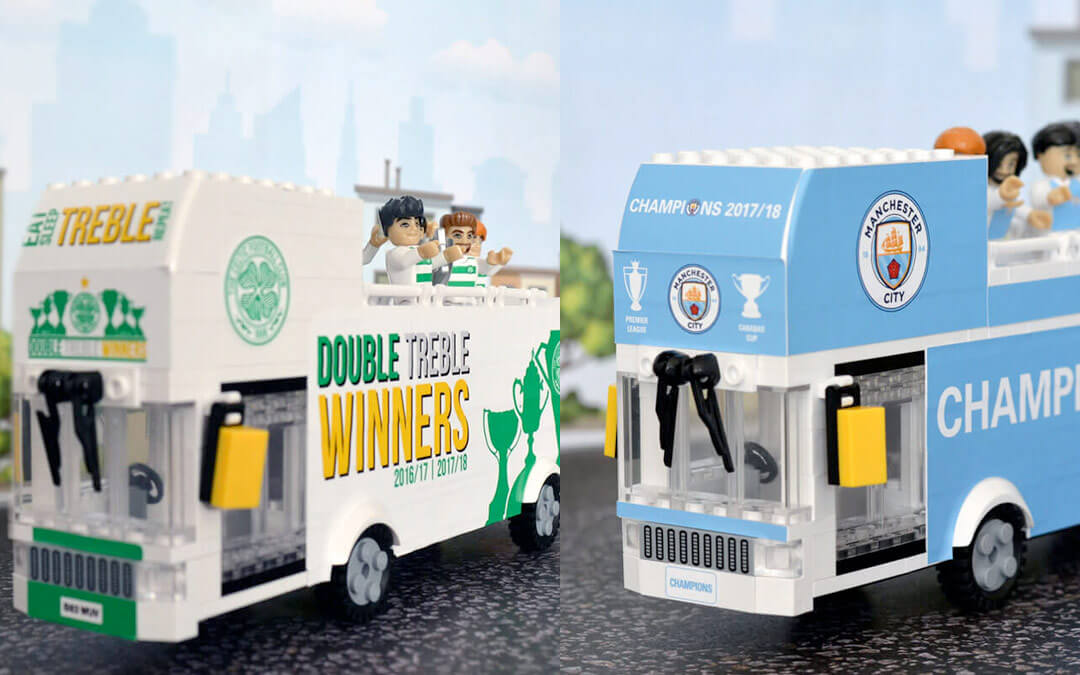 The self-assembly puzzle brick buses, developed by Jasmine’s Printabrick division, are available to purchase in club stores or online for £69.

Celtic stormed to an impressive double-treble last season which saw the team clinch the Scottish Premier League title, the Scottish Cup and the Scottish League Cup.

Alan Bruce, senior account manager at Jasmine Limited, heads up the Printabrick division and secured agreements with both clubs for the products.

He said: “We’re very proud to work with our partners at Manchester City Football Club and Celtic Football Club to develop the latest additions to our Champions Series.

“Both bus parades saw thousands of people line the streets in Glasgow and Manchester to celebrate their team’s league success.

“Our range of puzzle brick parade buses has been very successful, and we’re delighted to bring these new additions to our range which we’re sure will be very popular with fans of both clubs.

“The parade buses will be highly sought after, so fans are encouraged to order soon to avoid missing out. You can re-live the celebration parade with this brick model of the bus and have fun building it at the same time.”

Printabrick is a product division of Jasmine Limited and has previously had success with parade buses for Liverpool Football Club’s dramatic Champions League victory in 2005 and Aberdeen Football Club’s 2014 League Cup success.

Earlier this year, a commemorative bus was launched with Hearts Football Club to mark 20 years since they won the Scottish Cup in 1998.

As well as puzzle brick buses, Printabrick has also developed sports cars, a fire engine, offshore oil platforms and even a castle.